The Frankfort-Elberta Athletic Association is dedicated to the management, maintenance, improvement and perpetuation of Lockhart Field in Frankfort and the baseball field in Elberta.

Frankfort-Elberta Athletic Association (FEAA) is intimately tied to the City of Frankfort in that the Lockhart Field complex, which FEAA manages, is a park fully owned by the City of Frankfort. As well FEAA is associated with the Village of Elberta as the two organizations jointly maintain and improve the Elberta baseball field. The Frankfort-Elbeta Area Schools and FEAA have had a contractual relationship since FEAA’s founding in 1947.

The school participated heavily in the original construction of Lockhart Field and since the late 1940’s it has rented the sports fields for baseball, football & softball games. This rental agreement allows the school to have access to top notch athletic fields without the necessity of operating and maintaining the property. For FEAA this contract and rental is a primary source of income and provides the majority of funds necessary for the day-to-day operation of Lockhart Field.

The current board of directors consist of:

In early 1946 a group of civic minded individuals from Frankfort and Elberta came together to form an association that would work with both the City of Frankfort and the Village of Elberta to improve the athletic facilities in our community. At this time baseball and football had been played for many years on fields that were less than desirable, many of which were on private property. These spaces lacked adequate facilities for fans and players, and were under no regular maintenance schedule.  Many of this group had grown up playing on these surfaces or had children in athletics. The time had come to build a modern athletic field for our community and our schools.

On April 16, 1946 Leon Rose and Robert Lockhart appeared before the Frankfort City Council and presented a copy of the constitution of the Frankfort-Elberta Athletic Authority, also known as the Frankfort-Elberta Athletic Association, to the council members for their consideration. This constitution spelled out the creation of a body of thirteen members of the community to carry out the functions of establishing a modern athletic field, maintaining said field and perpetuating its existence. It went on to detail that the association shall be the agent of the City of Frankfort in this enterprise and that the group shall act in accordance with the purpose on their behalf. A motion was made to this effect and the motion carried unanimously. The council then went on to appoint the first thirteen members to the association: G. Vigland, Dr. Paul Pate, Webb Fairchild, George Bennett, Ms. Nunzie LaRue, Robert Lockhart, U.E. Sylvester, Leon Rose, Frank Jewell, Al Blacklock, E.R. Luedtke, Arthur Richter, John Peterson.

The new Frankfort-Elberta Athletic Association, or as it was better known FEAA, had the authority to move forward and build an athletic field. FEAA had no money but they did have a plan. As detailed in the May 17, 1947 issue of the Record Patriot. “The directors of FEAA and other public spirited citizens” were to “sign a collective note to cover the amount needed for the improvements. These signers will probably number between fifty and sixty. The local bank” (State Savings Bank) “will lend the money at 3 per cent interest to help the cause. The Olsen-Sayles Co. has offered to do the necessary electrical work at cost.” And “E.R. Luedtke, head of the Luedtke Engineering Co. offered to donate all the necessary poles for the lights.” “The Frankfort School Board has offered to help retire the loan by giving $500.00 per year. The City of Frankfort is being asked to aid in retiring the loan and has promised to help, also.”

The cost of this project was expected to total somewhere near $10,000, quite a figure for a grassroots effort in 1947.  In this article we see the first unique collaboration between the City of Frankfort, FEAA and the Frankfort School. Clearly this was a brilliant collaboration as this relationship persists to this day.

To follow the fund-raising story further, FEAA’s drive to find “other public spirited citizens” was a tremendous success. Just a week later it was reported in the Record Patriot that “over 115 sign collective note for new field.” “The note which promises the signers they will not be liable for over $150.00”. Not only were signers recruited but memberships in the association were also sold. In the first week “close to $1,000 was take in from people giving anywhere from $5.00 to $50.00 for a membership.”  “Robert Lockhart and William Olsen of Frankfort and Gene Luxford of Elberta have been doing a great deal of selling in the membership drive and the success of the project has been a result of their fine work.” Clearly the community was behind this endeavor from the start.

FEAA kept this momentum as work on the field commenced in June and “by July first the field should be fenced and possibly lighted. Many students in the High School had donated money in the project and they are going to work on the field in addition under the direction of Coach Blanchard.” On August 4, 1947 the Frankfort-Elberta Athletic Association was legally formed as a non-profit corporation and, as they say, the rest is history.

After this tremendous start work on the field has never ceased. In the 1950’s team rooms and a baseball backstop were upgraded and added to the field. The playing surfaces went through many upgrades and changes with the different eras. In the 1960’s new lights were added to the original poles on the football field and in the 1970’s a new concession stand and press box was erected on the East side of the football field. The 1990’s brought the securement of a grant from the Michigan DNR for rehabilitation of the football playing surface. New scoreboards would follow on all three fields- baseball, football and softball. And in 2009 a new field house was built and dedicated in memory of Roger Johnson, the a long time member and driving force in the organization.

All the progress on Lockhart field since 1947 has been completely accomplished through donations and grants. In general no tax dollars have gone into what has been accomplished. This is truly a community project, no better described than through the phrase — Built by the People For the People.

Robert was born in Frankfort on October 15, 1906 to Robert & Mary (Knudsen) Lockhart. Bob was one of seven children and grew up an avid sports fan, especially baseball. Bob served in the Army during World War II and actually lost his brother Capt. Eugene Lockhart on a bombing mission in Europe. On October 1, 1930 Bob married Grace Hanrath. They made Frankfort their lifelong home and together operated Lockhart Insurance Agency on Main Street, now known as Frankfort Insurance Agency, from 1937 until their retirement in 1972.

Bob was a founding member of the Frankfort-Elberta Athletic Association, head of the membership drive, manager of the FEAA baseball team, semi-pro baseball tournament organizer and FEAA treasurer for over 30 years. Bob’s fingerprints are all over the organization and the fields. This as well as his unwavering commitment to his community in many other ventures led directly to the field being named in his honor.

Bob was easy to pick-out in a crowd at around six foot five. He was well known in the area and well liked, while a very competitive person Bob always friendly, caring and looking to do good for others. On July 10, 1985 at Paul Oliver Memorial hospital in Frankfort, Bob passed away after a courageous battle with Alzheimers. 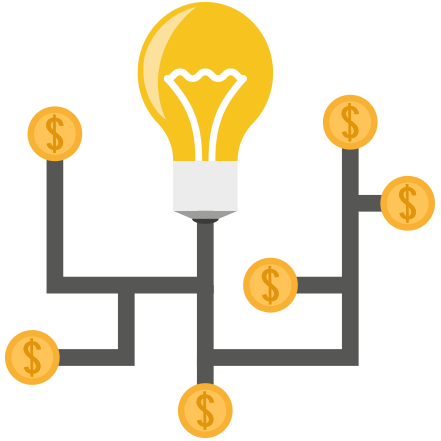 “Crowdfunding is the practice of funding a project or venture by raising monetary contributions from a large number of people, today often performed via internet-mediated registries.

The crowdfunding model is based on three types of actors: the project initiator who proposes the idea and/or project to be funded; individuals or groups who support the idea; and a moderating organization (the “platform”) that brings the parties together to launch the idea.”